Nutty is a broad flavour term, reminiscent of nuts. It is tied intrinsically to roast taste and the degree of roast, since a coffee that cups nutty at City+ will not be so at FC+. Nutty is usually a positive term but varies greatly as there are so many forms: hazelnut, walnuts, peanut, cashew, almond, etc. Occasionally, nutty can be a negative taste term, especially if it is out of character for a coffee. Some lower grown coffees can have less favourable nut flavors that imply a softness in bean density, and lack of quality. Nut skins is also a flavor tied to a drying, slightly astringent mouth feel. 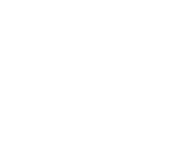